The project Mezban at Calicut, is a part of a business hotel, in a tier 3 city in the country, which has been redesigned by the firm as a repositioning exercise. The strategy was to create a new identity to the already popular restaurant though interior architecture making it a new destination dining in the city to spur the business of the hotel.
The brief called for a highly flexible layout with higher efficiency on floor, though it meant cutting down the seating capacity. 8 pax and 6 pax tables were taken out in favour of 4 pax and 2 pax seating which could be joined to create desired groups easily, with the linear lay out. The brief also mentioned the project to be executed on a very tight budget, environmentally compassionate (we wouldn’t call it sustainable, as the focus was to follow environmentally good practices rather than going for certifications) and low on routine maintenance.

The brief also called for an ambience, which could seamlessly straddle between a Fine Dine and a Lounge – fine dine during lunch and dinner and Lounge space during early evening hours.

The design derives its strength from the innovative architectural lighting. The minimalist design gets transformed by the custom designed lights which create an undulating topography and magical lighting quality to the space.

‘Collaborative’ designed the series lights along the exterior wall named as ‘Thousand Moons’, which lends an unmistakable character to the façade.

Lalita designed all the architectural graphics as well as the stationeries, menu, etc for the project.
The biggest challenge was to execute a sophisticated project like this in a tier 3 city of the sub-continent, where the very basic work done satisfactorily itself is a challenge. The project had a bizarre mix of logistics – local as well as international. So was the case with the execution team.

The restaurant became the ‘Destination Dining’, acquiring almost 85% additional clientele paving way for a seismic shift in the customer profile. The new positioning of the restaurant enhanced the business of the hotel, becoming the best-rated hotel in town surpassing two, existing 5 star properties. It also brought about an immense dialogue among the general public of the benefits of good design, and how they impact business in a positive way.

The idea of ‘design as a tool to transform business’ was not what this client was exposed to or experienced personally in their business before. So it was more like a close collaboration of opposing ideas, converging at the right junctures for an immensely satisfying project! 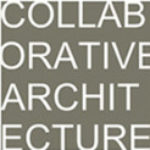 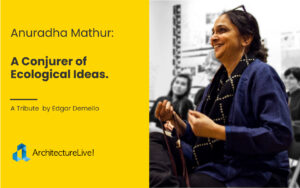